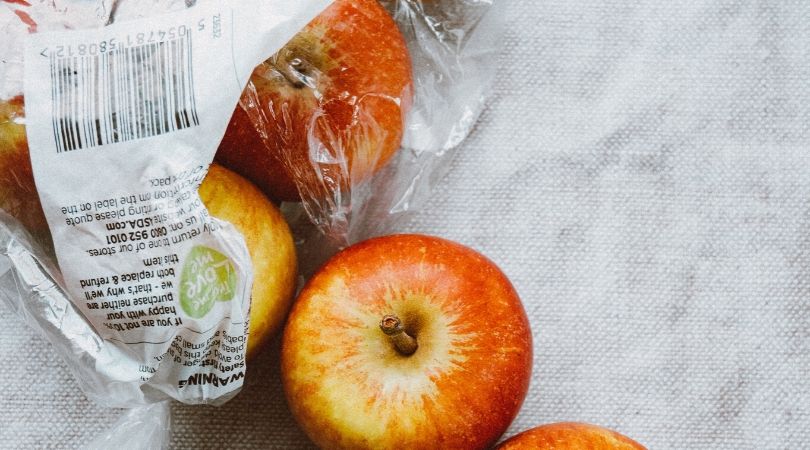 Did you know that a plastic bag takes 20 years to decompose in the nature? Well, bigger pieces of plastics degrade slowly into microplastics which are small particles of plastic, smaller than 5 mm by diameter. Not all plastic is visible to the naked eye. Microbeads are a type of microplastic smaller than 1 mm. Even smaller than that are nanoplastics, which are so small that they can pass through human skin.

The impacts of eating, breathing and drinking microplastics have not yet been studied enough. We are literally poisoning ourselves with our waste products. Plastics can be found in rainwater, snow, sea ice and in the food chain.  They are almost everywhere. Microplastics are either intentionally produced small plastic particles, or formed when plastic products decompose.

It is also important to understand that plastic as a material is inevitable. We will probably never stop using it. It is durable, light weighted and affordable. It is pliable, resistant and can be easily shaped and reshaped. Look around you, and you will see plastic in its countless using purposes.

Where microplastics are found?

Primary sources of microplastics are cosmetics products (shampoos, conditioners, deodorants, shower gel, lipstick, sunscreen) and raw materials from the plastics’ industry. The biggest secondary source of microplastics is traffic. Tire and brake particles count a significant amount of microplastics pollution which can be found from air, soil and water surfaces.

Globally, a significant source of microplastics is littering and the efficacy of local wastewater treatment. In addition to this, the agriculture, textiles, paint and coatings and the synthetic fibers of artificial grass contain microplastics. It is surprising that the particles of the synthetic grass is listed as one of the most important types of plastic pollution. Well, it is true that once finishing a practice on an artificial grass, our clothes, socks and hair can contain those microplastic particles from the field. Then we bring them home, end up to the washing machine and thus to the environment.

There are many daily actions that release microplastics. Washing synthetic clothes, such as polyester, releases microplastics into the water which ends up to the wastewater treatment plant for purification and filtering. By United Nations Environment Program (UNEP) machine washing a single synthetic garment can release 1900 microplastic fibres. Despite of the efforts made in the wastewater treatment process, much of the microplastics end up to the environment and oceans creating several problems to the ecosystem and living organisms. While taking a shower or applying body cream and make-up, we release microplastics. Most of the personal care products we use daily contain plastics meaning that both the packaging and the product itself includes microplastics.

According to the United Nations single-use plastics report (2018), 600 marine species will be harmed due to plastic pollution and 99% of seabirds will have ingested plastic by 2050. It has been also estimated that there will be more plastic than fish in our oceans in 2050. That is devastating news!

Are microplastics harmful to the human health?

In recent years, a lot of research have been conducted on what different products emit microplastics. Now, what we need are studies on how exposing to microplastics affect to human health? Does it cause any harm to us?

Microplastics harmfulness to the human health have not been enough studied but it is seen as a critical topic to address. According to the World Health Organisation (WHO) latest report, we all are drinking water including microplastics. The effects of this to humans are largely unknown though. The WHO argues that there are microplastics in food, in air and in water but it is not dangerous to human health. However, a recent study by the OECD address potential risks which comes via ingestion of seafood. Fish and clams are identified as the most “microplastic saturated” food we eat. Microplastics have an ability to absorb toxic chemicals and pathogens and transfer to living organisms and to the food chain. Also tap water and bottled water, as well as sea salt, contain microplastics. Even flying insects contain microplastics because they think those shiny particles of microplastics floating on the surface of the water are food and further the animals who eat insects end up eating microplastics as well.

Microplastics cause severe threat to the sea animals and birds but does they make any harm to people? The scientists question the effects of microplastics to the immune response of the gastrointestinal system which might help, for instance, spreading toxic chemicals in our bodies. It has been argued also that microplastics could be harmful for the hormonal system. The big picture of the harmfulness of microplastics for human health needs many more studies in order to draw clearer conclusions.

It is bad to the wildlife, oceans and us. Most of the plastic waste ends up to the natural environment through littering, so it does matter what ends up to the landfill but what also matter is what we flush from the toilets. A toilet is not a bin. For some of us, it comes without saying that any plastic item does not belong to the toilet, but the other half do not think about what they “make vanish” through the toilet. Just use the 3Ps standard, to flush pee, paper and poo. That is all that should be flushed from the toilet.

Reducing the use of single-use plastics

Reducing the use of plastics in general and decreasing our exposure to plastics play a crucial role in decreasing the amount of microplastics in the nature. From an environmental perspective, we should cut out unnecessary plastic use which includes single-use plastic products and find alternatives for plastics.

Good news is that over the last few years legislative actions have been made around the world to reduce the single-use plastics and microplastics use (here to name a few):

Plastic pollution problem is a good example of the negative side effects of capitalism, which allows businesses making profits and leaving the cleaning-up of their actions to the society. Today, we have a choice to keep reducing the plastics we use, which creates benefits to the environment and indirectly to the human health.

Tuuli-Anna Tiuttu Follow Sustainability Advisor and Business Founder on a mission to help companies and organizations in becoming more sustainable and focusing their energy on positive change.
« Five most important take-ways from the Business Sustainability Management course
Buying less or buying sustainable? »

One Reply to “Microplastic pollution”