Plastics – What, How and Why? 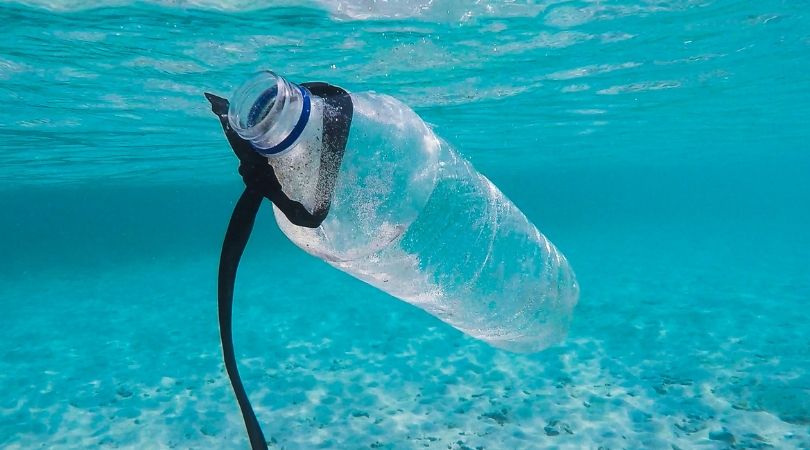 Now and more than ever the discussion on plastics is coming from every source. When screening through your social media applications while having your morning coffee the feed is full of articles, pictures and videos about the plastic problem.

We see beaches and oceans struggling with the plastics, sea animals, birds and fish stuck in plastic waste or found dead after eating remarkable amounts of plastic. What we also see is a lack of appropriate waste management practices telling the story of difficulties in affecting to manufacturers attitudes and that way directly to consumption habits. Plastic pollution is a global scale problem which creates a huge challenge for which urgent solutions are needed.

We talk about the plastic waste issue, lack of recycling and the danger plastic pollution cause to our environment and ecosystem but what we usually don’t even know is what plastics are made from, how to define them and for what purpose they were initially created.

It is good to understand that plastics have enabled the life that we live today and they are not only bad. These are the subjects I am writing about in this blog post “Plastics – What, How and Why?”.

What is plastic and how to define it?

Synthetic plastic, as we know it, was invented in the early 1900s with an aim to create a material that is at the same time durable, light weighted and affordable. The target was to create a material that is pliable and that can be easily shaped. Synthetic plastic can be heated and easily reformed. Plastics such as polyethylene (PE) and polypropylene (PP) are made from petroleum. These conventional plastics are fossil-based and thus made from non-renewable resources.

Plastics are a vast range of polymers constructed from long repeating chains of building blocks that can be moulded into shape. Due to this, any other material which is constructed from polymers can be classified as plastic. Plastics production process needs also various chemical substances called additives.

There are many other materials which can replace or be used in parallel with synthetic plastics. These are normally organic, bio-based materials such as sugar cane, corn and cellulose. The biodegredable plastics and bio-based plastics are made from renewable biomass sources. These materials are called plastics because they form chains of polymers just like the synthetic plastic.

Bio-based plastics are not something new either. Some materials based on biomass such as nitrocellulose was invented before the fossil-based plastic. Billiards balls were made from ivory late 1800s but the material was replaced by bio-based, cellulose shortly after. This change reduced the hunting of elephants for ivory at least a little.

However, the non-renewable, synthetic plastic overrode its bio-based predecessors. Why that happened, we cannot know exactly. Probably the oil-based plastic was seen as more durable, less expensive to produce and more suitable for mass production.

To what purpose plastic is used and why?

In 1960s plastics became as a principal packaging material worldwide because of its diverse composition. At that time, the life cycle thinking was not seen as important as it is seen today. Actually the product life cycle was not at all important but the product usefulness was. In addition to this, the single use plastics got popular when the plastic bag was invented. Plastic bags replaced paper and cloth bags very quickly and they were mostly used in Europe and then in North America. This mass production of plastic started one of the biggest environmental challenges of our history however we didn’t know it back then.

Plastics are mostly used in packagings, buildings construction materials, cars and electronic devices. During the last 25 years the use of plastics in car industry has increased by 100%. Cars are now 200kg lighter than before and thus easier and cheaper to transport.

In every day life we see plastic everywhere and in everything we use in a daily basis. For example, in the  grocery store, almost all vegetables and fruits are wrapped in single use plastic packaging. The protective nature of plastic is one of its good qualities. It is true that after one week there is a difference between 1kg of carrots which have been wrapped into plastic packaging than 1kg of carrots without a packaging. The plastic packaging is protecting the vegetables, for example, from cold and contamination. Plastics are also used in water supply systems where plastic keeps the water clean and safe for humans to use. Also the medical industry benefits from plastic prosthesis, dental fillings and tubing to name a few.

Can plastic use be stopped?

Despite of all the challenges that plastic is causing to our planet its use continues to grow. To stop producing fossil-based plastic is not the solution. But as a long-term target, the virgin plastics production should be strongly reduced. We need to also replace petroleum based plastic with more sustainable, renewable and bio-based materials which absorbs carbon dioxide from the atmosphere and don’t release it.

The waste management systems and solutions must evolve in a fast speed to answer to the growing needs of sorting and recycling of waste. In the Nordic countries, for example in Finland, the waste collection points are very modern and includes many more separate boxes than before. Recycling must become part of consumers daily routines and in order to facilitate it, it has to be made easy for them. There is nothing difficult in recycling of used products, packaging materials, plastic bottles or bio waste. All the information is out there for anyone and best practices are actively shared. The difficulty comes when proper collection points are not available in proximity of habitation areas.

A plastic bag takes 20 years to degrade from the nature, a baby diaper takes 100 years, a plastic cup takes 50 years, a plastic bottle takes 500 years. Plastic bags and bottles are the most found items in our oceans today. In some areas there is more plastic waste than fish.

Why plastic items end up to the oceans? Well, they end up there due to bad waste management practices. Controlled and managed plastic waste sorting from other waste is a key element for successful collection and reuse of plastic materials to produce new products and energy. Most of the plastic materials should be correctly recycled and transported to manufactures for further processing. A part of the recycled plastic ends up as a raw material for new plastic products and the other part for energy and heat production.

Bio-based plastic doesn’t harm the environment as much as the synthetic plastic. In the manufacturing process of synthetic plastic huge amounts of carbon dioxide and other gases are being released to the atmosphere. When synthetic plastic is heated, it creates toxic gases which mostly constitute of different chemicals which are harmful to the health and environment.

The carbon emissions of recycled plastic are about 10 % of the emissions of virgin plastic. Yet another important reason to reduce, sort, recycle and reuse of plastic. Let’s start today and make a social impact!

Tuuli-Anna Tiuttu Follow Sustainability Advisor and Business Founder on a mission to help companies and organizations in becoming more sustainable and focusing their energy on positive change.
Can everyone afford sustainable lifestyle? »

One Reply to “Plastics – What, How and Why?”