Deepanshi Follow Deepanshi is passionate about the environment and believes that each individual can contribute immensely to changing the world. She is the founder of the Earthizens Collective, an organization that connects citizens with tips, tricks, grassroots initiatives/activism, and more, in order to encourage and build a community of people dedicated to a sustainable way of life. 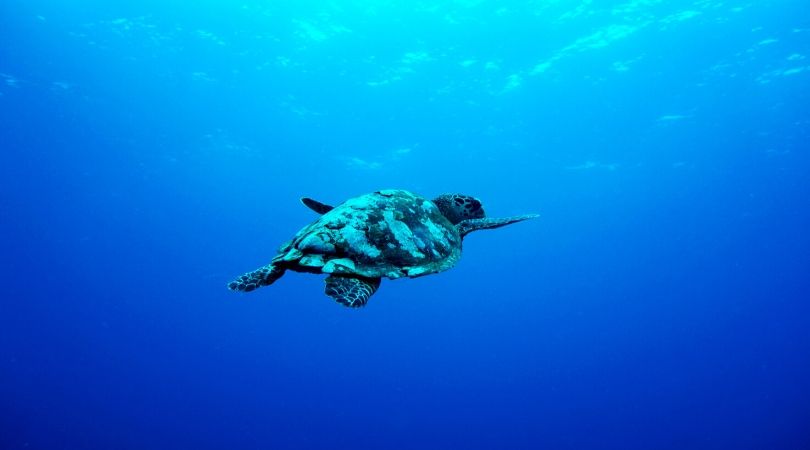 According to World Wildlife Fund (WWF), biodiversity is all the different kinds of life you’ll find in one area—the variety of animals, plants, fungi, and even micro-organisms like bacteria that make up our natural world. Each of these species and organisms work together in ecosystems, like an intricate web, to maintain balance and support life. Biodiversity supports everything in nature that we need to survive: food, clean water, medicine, and shelter.

Compared to geological time scales, humans have been on the Earth for a short period of time and yet, we have come to dominate all other creatures on the planet. With increasing pressures of civilization, we have resulted in fragmentation and habitat loss for millions of other species.

Currently, we are witnessing the planet’s sixth extinction episode, one that is 100 to 1000 times faster and caused by humans. More than one-third of the world’s land surface and nearly 75% of freshwater resources are now devoted to crop or livestock production.

What are the causes for the loss of biodiversity?

Here are short descriptions of the four primary reasons for recent biodiversity loss:

Huge tracts of land are being converted to agricultural land or cleared for human settlements. This fragmentation not only leads to loss of habitat for biodiversity, but also harms species that require large territories or have migratory habits.

For better yield and profit, humans have been introducing exotic species to areas previously occupied by native or indigenous species. Due to this, many native species of plants and animals are on the verge of extinction.

Certain plants and animals have a specific set of conditions to survive, so what happens when temperatures rise? Their survival is under threat. We shouldn’t just talk of polar bears while mentioning climate change but vice versa too. Climate change endangers all the species that are adapted to the cold.

All kinds of pollution, air, water, noise, plastic, and even light pollution affect animals. Pollutants alter the environmental conditions directly or indirectly and negatively affect the flow of nutrients and constitution of the ecosystem. This leads to changes in abundance of species and hence, biodiversity.

Oceans are being overfished and land is being overused, what for? To allow you to have the device you are viewing this article on right now. Overfishing of type of fish affects all other species which are dependent on it for survival. This is called co-extinction, whereby the extinction of one species leads to the extinction of species associated with it.

Not only the fishing industry, but the farmers are also excessively using chemical fertilizers and pesticides. The result? Impoverished land with no organic matter, no vital trace elements, or micro-nutrients. Besides these, other natural resources are being over-exploited too and resulting in biodiversity loss.

Even though many people are aware about these issues, they are not able to associate the death of animals and its impact on humans. This is what I’ll be addressing next.

Why should you care about biodiversity loss?

This can be viewed from various perspectives:

Biodiversity directly affects your health and future. Many of the crops in our staple foods rely on pollinators like butterflies and bees to produce seeds. So, a decline in global insect populations poses a threat to food security. Like pollination, nature provides many invaluable services that rely on various species. These ecosystem services regulate essential ecological processes, provide habitats, and even aesthetic pleasures such as walking in the woods. If money is a measure, the services provided by ecosystems are estimated to be worth trillions of dollars – double the world’s GDP. Ecological balance is disturbed even by population changes of a single species, so why risk it?

There are tens of thousands of wild or rarely cultivated species that could provide a richly varied range of nutritious foods, resistant to disease and tolerant of the changing environment – if they survive.

Biodiversity plays a key role in research, experimentation, and ultimately our health. In these times, while companies are competing for a COVID-19 vaccine, who are they testing it on first? Chimps and other suitable organisms. Similarly, the cosmetic products you use are tested and approved for human trials only after animal trials. Now, you may say that we can preserve and proliferate certain species that prove useful to humans. But it is important to remember the interactions among these species and their cumulative impact on us.

Biomimicry of a flight bird has inspired the invention of Japanese bullet trains. A large body of research depends on model organisms such as fruit flies for potential treatments of human diseases. And lastly, many medicines in allopathy as well as alternative medicine systems (Ayurveda, Unani, Herbal medicine) rely on specific plant/animal species and their extracts for cures. To conclude, many answers to our problems still lie hidden in the vast biodiversity. Why burn the books before reading them?

Okay, I understand that you can’t think of a way that Loggerhead turtles make your life better but trust me they do. Plus, would you really like to kill an organism because its direct benefit isn’t apparent to you? Many ecologists and environmentalists argue that each species has an intrinsic value and it is our duty to preserve them as such. We share this earth with millions of other plants, animals, and microorganisms and therefore, we have no right to cause them to perish.

What can you do about it?

Scientists are still learning about biodiversity loss and the impacts it will have on our lives so it cannot be predicted when it’s too late. Why not act now?

Renowned ecologist Paul Ehrlich and his wife Anne H. Ehrlich sum it up the best through their rivet-popper hypothesis by comparing each species forming part of an ecosystem to a rivet on the airplane (represented by the ecosystem). The progressive loss of species mirrors the progressive loss of rivets from the plane, weakening it till it is no longer sustainable and crashes.

Connect with Deepanshi on Earhizens India and on Instagram with the handle _earthizens_ .

Deepanshi Follow Deepanshi is passionate about the environment and believes that each individual can contribute immensely to changing the world. She is the founder of the Earthizens Collective, an organization that connects citizens with tips, tricks, grassroots initiatives/activism, and more, in order to encourage and build a community of people dedicated to a sustainable way of life.
« Confusion over business sustainability
Importance of timely data »

4 Replies to “What is causing biodiversity loss?”