What are the impacts of the climate change? 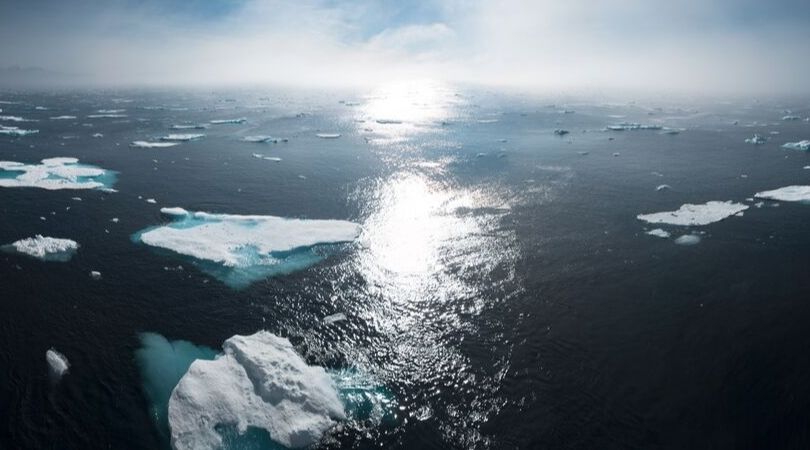 This year the world overshoot day arrived on the 29th of July. It came earlier than ever since it has been measured. The date marks the moment of the present year when demand for resources exceeds the amount the Earth can regenerate.

Today, 1.75 planets are needed to maintain the standard of living for 7.7 billion people. In 2030, two planets will be needed to support the population if we continue producing and consuming as we now do.

Rapid population growth and economic growth are the main causes of the climate change. Urbanization results in billions of people living in a limited space causing pressure on water supply and infrastructure. Cities are expanding due to increasing population which creates high pressure on the quality of life.

The impacts of the climate change are economical, social and environmental. The environmental impacts; heat waves, freshwater scarcity, melting ice, sea level rise, drought and flooding are the most visible ones. Nonetheless, the impacts extend to wider.

We have pushed the planet Earth’s capacity to its limits with rapid population and economic growth, increase in deforestation, cropland use, fresh water and energy consumption. Instead of all the economic growth in the past, the division between wealthy and poor is growing wider in different areas. Scientists call this new era Anthropocene, a geological age caused by human activities.

Climate catastrophe is an extremely big phenomena right now. It is already affecting and it will affect every single one of us. I think that at this stage everyone should be concerned about what is happening around us and know the impacts of their actions. However, no one can exactly know what is going to happen. The climate change includes a surprise factor, when the worlds’s tipping points are threatened. Intergovernmental Panel on Climate Change (IPCC) defines a tipping point as an irreversible change in the climate system (IPCC 5th Assessment Report).

In this blog text, I want to address the effects and impacts of the climate change but also highlight the cooperative scientific organisations which aim at identifying the problems and providing realistic targets. Intergovernmental organisations such as Intergovernmental Panel on Climate Change (IPCC) and United Nations Environment Programme (UNEP) are leading the discussions on climate policies and actions that can be done globally to prevent the climate from changing. The biggest concerns are economic and social costs caused by the climate change.

We are already experiencing it

The impacts of long and dry periods have caused versatile effects in the climate and in the environment. In August this year, Iceland lost a glacier. A whole glacier due to the warming temperatures! Okjökull melted away and Icelanders were grieving. There is a reason to worry. Melting ice causes sea level rise and changes in the weather conditions.

Amazon has suffered from approximately 74 000 wildfires since January. The year 2019 has been the most catastrophic year for Amazon rainforest. The amount of wildfires more that doubled compared to 2013. The wildfires are result from long, dry periods without rainfall which is one cause of the climate change. Amazon wildfires were caused by environmental policies of Brazil’s president Bolsonaro who started his presidency in January and immediately oversaw penalties for deforestation. He favors development over conservation by opening the rainforest to increased logging and cropland use. Sao Paolo which is located more than 2700 kilometers away from the Amazon wildfires experienced a “black out” when the thick smoke covered the whole city.

While Amazon was largely in the headlines in August, it is good to recall that wildfires were happening in many other parts of the world at the same time. Wildfires took place in Indonesia, Australia, Bolivia, sub-Saharan Africa to name a few. The most northern wildfires were seen in Siberia, Alaska and Greenland. Amazon wildfires took most of the attention the other fires should not be ignored.

Climate change creates more extreme weather conditions. In the beginning of September in Bahamas, hurricane Dorian created the most powerful storm so far in 2019. Strong winds and floodwaters left behind destroyed homes. The coast line cities and countries which are at the sea level are in the biggest danger due to raising sea water and flooding.

The heat will hit us

My own reflection is that summers in Paris have changed during the six years that I have lived here. Since the summer 2015 the heat waves of 36-42 C are more frequent. If the weather conditions continue to develop to be more dry and hot, it will make it more uncomfortable to live in the city center. Living in an apartment without air-conditioning has gotten very difficult when there is no place to escape the heat. I am Finnish and I am not used to the heat but it is the densely populated city which makes it more complicated. Thunder storms have almost disappeared from the city as well. I remember my first three summers here from 2013 to 2015 when the thunder, lightnings and heavy rain were an every day phenomena during the summer months.

According to World Health Organisation (WHO), polluted air causes several health problems such as heart and lung diseases. It has been estimated that approximately 7 million people die annually due to air pollution. To get a better idea of the impact, the population of Finland is 5.5 million people. Sulphur dioxide (SO2) emissions are the number one cause of death due to air pollution. Sulphur dioxide is released naturally in volcanic activity and when burning fossil fuels. India emits the most of the world’s SO2.

Will people be able to adapt to the new climate conditions? Or will the climate change create mass migration when people look to move elsewhere?

Living in cities of millions of inhabitants is facing a change. According to the scientists, climate change results permanently in hotter weather than what we are used to. By 2050, many cities will reach the temperatures of their southern neighbour countries. Global heating would mean, as forecasted, temperatures to raise by as much as 3.5C in European cities in summer and 4.7C in winter.

Paris agreement, 2015, was signed by nearly 200 countries to keep the global warming below 2.0 C with an attempt to limit it to 1.5 C. The most ambitious ones aimed to stop the warming at 1.0 C but we have already reached that stage. The Paris agreement has been interpreted as a bold and forward-looking policy framework explaining everything that needs to be done in order to mitigate climate change. However, the agreement itself doesn’t mean anything without ambitious actions.

The key elements of the Paris agreement:

The next Climate Action Summit takes place in the United Nations’ headquarters in New York September on the 23rd of September 2019. The Summit will bring together governments, the private sector, local authorities, civil society and other international organisations. On the agenda, the high priority is in global emissions reduction by 2020.

The key topics of the Climate Action Summit 2019 will cover these 6 main areas:

The transition need to be just and take into account inequalities, geographical factors and economic-social factors. The ability for scaling is important. Petteri Taalas, the General Secretary of World Meteorological Organisation (WMO), will be speaking at the Climate Action Summit about the impacts of greenhouse gases to the warming temperatures and the urgency for action. He is a member of the Steering Committee for the Climate Action Summit and co-chair of the Climate Science Advisory Group. By WMO, the four last years were the warmest on record. 2019 has created many records so far; unusual heatwaves and high temperatures especially in Europe, smallest extent of Antarctic sea ice and many wildfires.

A young, Swedish, climate activist Greta Thunberg traveled across the Atlantic to the meeting with a solar powered sailing boat. The purpose of the trip was to influence to the policy makers but also to show the only zero carbon option to cross the ocean that is available today. However, the trip was not completely carbon free. The boat crew and Greta’s support team had to fly back to Europe after the mission. Greta was also constantly connected with a smartphone and computer from the boat to document the adventure. Today, it is literally impossible to travel without causing any harm to the environment.

I am looking forward to hear about the outcomes of this meeting in more detail and hope that concrete actions will be done and not just planned. All countries should do what they have promised to do and not push the implementation of the changes any further.

What is “Fridays for Future” movement?

Fridays for Future movement was started by Greta Thunberg when she did her first school strike all by herself one Friday morning in Sweden. Greta is a young, 16-year-old girl from Sweden but already doing so much and being a source of inspiration for so many. Her way of speaking is captivating and her tone is serious, even desparate. It is touching when a child is speaking up, telling scientifical facts about the climate change impacts and demanding the governments and policy makers to act.

Greta has nearly 3 million followers on her Instagram account which definitely tells a lot about her positive influence on people. It will make a difference when school children are striking in numbers and have a clear message. Greta has been nominated for Nobel Peace Price of her climate activism.

At the same time as the Climate Action Summit is being held, the global climate strike takes place between 20th and 27th of September 2019. The global climate strike movement is happening everywhere around the world to stop fossil fuels use and its impacts to the global warming. People starting from schools to workplaces are walking out during the strike to stand for a greener planet and saving it for the future generations.

Where are the solutions?

Welcome to the Athropocene age! Human actions have caused the actual situation where we find ourselves today. Its us, humans, who have to do the clean up and make the necessary changes to decrease the impacts of the climate catastrophe.

Despite of all the effects we are already experiencing, we continue using fossil fuels, manufacturing unsustainably, using the scarce resources without too much thought and consuming as we do.

Energy sector is facing the biggest challenge for reaching the global target of zero carbon economy. How fast the fossil-based energy sources will be replaced by renewables is the key. Agriculture is another large factor. Making a change in unsustainable cultivation practices needs to be done towards more sustainable ones. Land use, freshwater consumption, fertilizers use all have to be radically changed with the help of technological innovations and cross-sectoral partnerships.

Switching from the linear consumption model of take-make-waste to a multi-cycle model is one of the solutions. We have seen how much valuable materials are lost in the landfill causing versatile social, environmental and economical problems. Thinking about the product end of life is extremely important and necessary in order to benefit from circular economy by repairing, reusing and recycling of materials.

The United Nations Climate Action Summit is just in ten days. There are no shortcuts or easy solutions. Nevertheless, we cannot wait any longer, the climate action must be taken right now.

Tuuli-Anna Tiuttu Follow Sustainability Advisor and Business Founder on a mission to help companies and organizations in becoming more sustainable and focusing their energy on positive change.
« Recycling and waste management
Sustainable consumption and creating a personal sustainability action plan »

3 Replies to “What are the impacts of the climate change?”